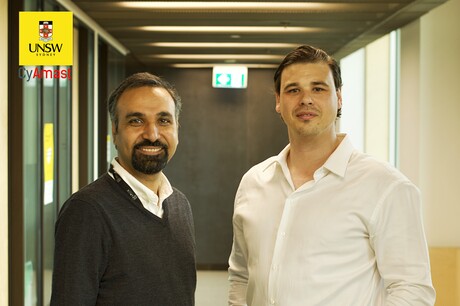 UNSW has raised $1.3 million in a deal with IP Group to fund the university’s new spin-out business, CyAmast, which aims to protect IoT devices from cybercrime.

CyAmast continuously monitors network traffic and detects deviations from intended IoT behaviours, with the promise of protecting large networks of IoT devices in a scalable and cost-effective way. The technology is based on software developed by Dr Hassan Habibi and his research team at the UNSW School of Engineering and Telecommunications.

IP Group’s Managing Director Australia, Michael Molinari, says the innovation is groundbreaking. It is the second time his company has invested in a spin-out from UNSW, having put money into Canopus Networks in 2018.

“The use of IoT devices and sensors is growing exponentially and, as organisations’ networks expand, it’s increasingly difficult to track these assets and secure them,” said Molinari.

“Dr Habibi and his team have developed technology that enables operators of smart environments — like enterprise campuses, commercial buildings, industrial facilities and airports — to rapidly identify every IoT device connected to their network and continuously monitor each one and ensure that it’s functioning normally.”

“Traditional methods of detecting malicious traffic are bundled, static and inflexible, and thus do not suffice for the growing diversity of attacks on increasing numbers of insecure IoT devices,” Dr Habibi said.

“These attack-signature-based solutions are increasingly being defeated as they can’t keep up with the increasing percentage of network traffic that’s encrypted and therefore can’t be opened and inspected. They also have poor resilience to morphed attacks that can render known signatures useless. Inspecting individual packets can also be prohibitively expensive.

“Our technology develops a model of expected behaviours for each device, based on the manufacturer’s specifications. The model is enriched with our patented, real-time artificial intelligence-based algorithms, to check data flows against expected behaviours.”

Cyberpunk 2077’s dystopian future can be avoided with blockchain tech

How to learn the essentials of cloud computing online

Could 2021 be the year for technology? Here are some trends to watch out for- The New Indian Express

Guide to Building an IoT-based App