We’ve recently written about Seeed Studio’s “Dual Gigabit Ethernet Carrier Board for Raspberry Pi Compute Module 4” that offers dual Gigabit Ethernet, and two USB 3.0 ports for software router applications, but it can also be used for IoT, Smart Home, and camera projects, as well as HTPC maker thanks to micro HDMI output and MIPI DSI/CSI connector. It is sold for an affordable $45, exceeding the Raspberry Pi CM4 module.

But if all you want to do is get a dual Gigabit Ethernet WiFi router or IoT gateway, DFRobot has now introduced a more compact and cheaper carrier board for Raspberry Pi CM4: “Compute Module 4 IoT Router Carrier Board Mini“. 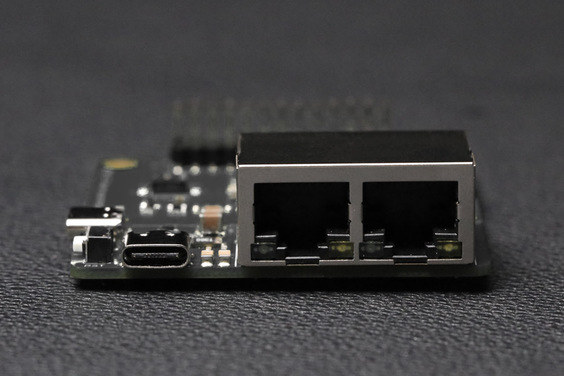 The lack of USB 3.0 ports may be a disappointment to some, but it’s actually an advantage for router applications, as USB 3.0 would have taken the PCIe interface of the Broadcom BCM2711 processor, and instead, it is reserved for the second Gigabit Ethernet port which should deliver improved performance compared to other designs.

DFRobot recommends OpenWrt for the board, but it can also run Raspberry Pi OS, Ubuntu Server, and other operating systems compatible with Raspberry Pi CM4. An enclosure will also be offered. 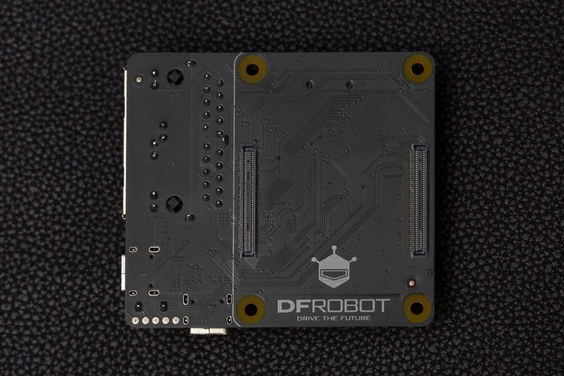 DFRobot’s Compute Module 4 IoT Router Carrier Board Mini is up for pre-order for $30, and less for two units or more, with delivery scheduled to start in mid-April. That means you could get a complete router board for about $60 once we take into account the price with the Raspberry Pi CM4 module and storage. It’s all good if you really need the Raspberry Pi ecosystem, but if all you’re after is a Linux capable dual Gigabit Ethernet board, boards like Orange Pi R1 Plus or NanoPi R2S will offer similar performance at a much lower cost (around $30). Performance should even be quite better for anything (e.g. VPN) using Armv8 Crypto extensions since those are missing in the Broadcom BCM2711 processor.

Jean-Luc started CNX Software in 2010 as a part-time endeavor, before quitting his job as a software engineering manager, and starting to write daily news, and reviews full time later in 2011.

An FAQ on the Matter protocol – Stacey on IoT

An FAQ on the Matter protocol – Stacey on IoT

Investors, Founders of Global Blockchain Projects, Influencers and Funds Gather for the Private Conference in Dubai