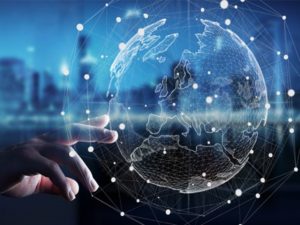 Korean Telecom to use Big Data to prevent diseases in Ghana.

South Korea’s telecommunications company, KT, has signed an agreement on the use of Big Data in preventing infectious diseases with the Ghana Health Service.

KT Corp.’s agreement on disease control, its first with a public health agency, has drawn attention from the international health community, especially because of Ghana’s location in West Africa. In 2014-16, the region suffered the most widespread Ebola virus epidemic in recorded history, while there is no confirmed Ebola Virus Disease (EVD) case in Ghana to date, according to the WHO.

“We will help Ghana take the initiative in healthcare in West Africa,” KT’s Yoon said. “We will go beyond Africa and push for disease prevention in other parts of the world where the infrastructure for healthcare and education is still developing.”

KT’s disease prevention system analyzes location-based information including roaming data that it collects, uses the data to guide its customers on preventing epidemics, and builds a monitoring system that helps health authorities assess infection risk at the initial stage of an outbreak.

KT started working on the system in 2016 with the Ministry of Science and ICT and the National Information Society Agency to demonstrate how Big Data can be used in disease control. The project came a year after MERS (Middle East Respiratory Syndrome) hit Korea. Now it is regarded as a showcase of collaboration between the public and private sectors.

Based on the project’s success, KT is seeking collaboration with foreign governments and international organisations on the use of Big Data and information technology in preventing the spread of infectious diseases. To that end, the Korean company suggested a Global Epidemic Prevention Platform at the World Economic Forum’s annual conference in January this year.

KT dispatched volunteer IT workers to Laos together with the KOFIH and KT Group Hope Sharing Foundation, the company’s social contribution organisation, from November 11-17. The KT employee volunteer group provided IT equipment for quarantine stations at Wattay International Airport and the Lao-Thai Friendship Bridge.

The IT volunteers trained officials of the Lao Ministry of Health’s Department of Communicable Diseases Control on using computers, smartphones and software to prevent the spread of infectious diseases. KT volunteers visited an elementary school in Vientiane along with the Africa-Asia Development Relief Foundation, a Korean NGO, where students learned about IT, VR (virtual reality) and other subjects.

Big data, digital tools are great, but building their ecosystem is...