“Big data” is a big trend — and one that offers no shortage of stocks to buy. Investors of all kinds can find their favorite big data stocks — and likely already have.

All of the ‘FANG stocks’ offer some kind of big data play, with Alphabet (NASDAQ:GOOGL,GOOG) likely the purest. Tableau Software (NYSE:DATA) and Alteryx (NYSE:AYX) are SaaS stocks whose products help customers manage and understand their data. Alibaba (NYSE:BABA) offers a Chinese angle. IBM (NYSE:IBM) and Oracle (NYSE:ORCL) are trying to gain (or regain) leadership in the space — and offer cheap valuations.

The issue across the board, however, is that the market already knows about these big data stocks. And so there’s not much of an edge for investors looking to get in on the trend.

These 3 big data stocks, however, haven’t received nearly the same amount of attention. And so they may offer bigger rewards if the big data opportunity is everything that many investors believe it to be. 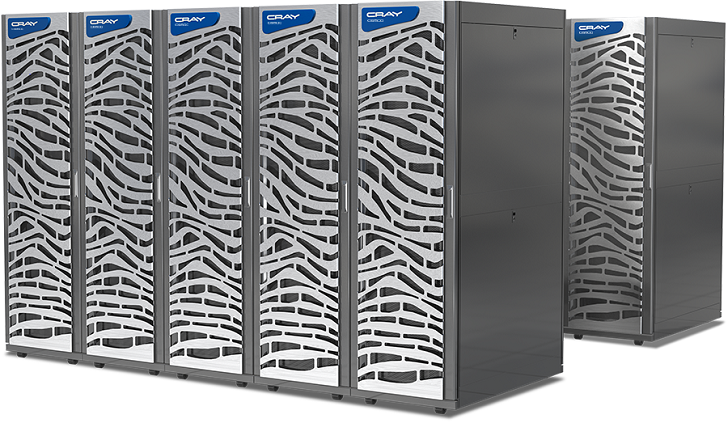 Cray (NASDAQ:CRAY), the world’s leading independent supercomputer manufacturer, admittedly is a tough stock to recommend at the moment. CRAY stock itself has been rather disappointing: it’s been flat for the past five years and trades at about half early 2016 highs.

There are reasons for the selloff. The supercomputer market — perhaps surprisingly — has been soft of late. Sales have fallen 46% over the past two years. 2018 guidance suggests a rebound, with roughly 15% growth to ~$450 million. The company is initially projecting that the top line will “grow modestly” in 2019, per the Q2 earnings release. Even that guidance suggests revenue well below mid-decade peaks. And 2018 earnings are likely to be negative.

That said, it might be too early to give up on Cray completely when looking for big data stocks to buy. Management believes the market is starting to turn, and has a number of bids out for 2020 and beyond. Most notably, the Department of Energy — long a key customer — is targeting ‘exascale’ (one billion billion calculations per second) computing, with an expected budget over $1 billion for its CORAL-2 program. Cray will have to fight off IBM and others for the project, but a win would drive big growth and allow Cray to return to solid profitability.

Meanwhile, the Urika-GX platform is specifically designed for big data and is starting to drive orders. Demand is coming back. And Cray could be an acquisition target at some point, particularly with a CORAL-2 win. CRAY requires some patience, and still has some risk. But the same optimism that drove the stock over $40 in 2016 could return and lead the stock sharply higher. 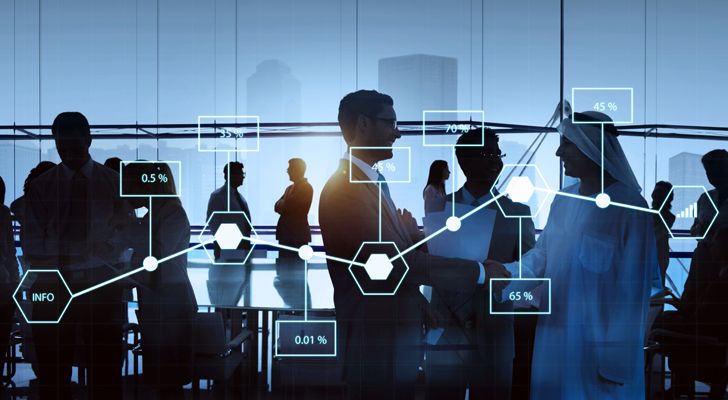 Domo (NASDAQ:DOMO) is not for risk-averse investors. The SaaS company offers an ambitious platform that gives an entire organization — from salespeople to the CEO — access to real-time data through a mobile platform. It’s an expensive offering, and one that requires longer sales cycles and extensive implementation. But it’s also a product that customers seem to love — and has huge growth potential going forward.

One big catch at the moment is that DOMO trades with huge volatility. The company only went public in late June, and climbed 30% on its first day of trading. It gave up all of those gains, and then some, within a month. After fiscal Q2 earnings in September, the stock opened up 25% — and closed down 11%. 14% of the float is sold short, which potentially adds to swings going forward.

Still, there’s an interesting case here at $20. Domo is unprofitable, but not that expensive on an EV/revenue basis. DOMO trades at less than 4x sales backing out its cash — a relatively modest multiple in the SaaS space. The Street remains behind the stock (though analyst ratings after an IPO always are a bit dicey), with an average target price of $28+ projecting 39% upside. This is a high-risk play — and a classic growth stock — but it’s one of the big data stocks with huge potential rewards. 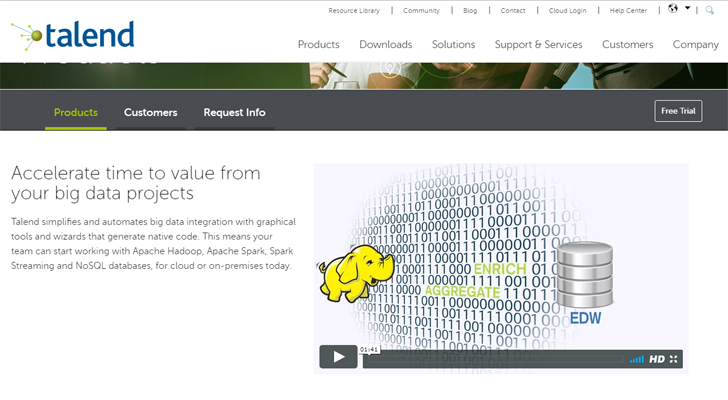 The company’s open-source software focuses on ‘ETL’: Extract, Transform and Load. That process allows customers to source and compile data from numerous sources. Using Hadoop (another data-focused open-source platform), the company can run up to five times faster than peers. And Talend charges per seat — not by data — which gives it a pricing advantage as well.

Clearly, the market has come around to the story so far this year, with the stock up nearly 88% so far this year. But with revenue growing 40%+ annually, there’s a nice path for Talend to grow into its multiple. And given that Salesforce.com (NYSE:CRM) paid 12x revenue in acquiring MuleSoft, TLND’s multiple expansion may not be over yet either.

As of this writing, Vince Martin has no positions in any securities mentioned.