Asking Alexa or her cloud-based buddies to turn on lights, or activate the air conditioning ahead of your arrival home, might seem nifty – for now.

As artificial intelligence takes up residence, prepare for a home that doesn’t need to be told – it knows intuitively everything about you, anticipating your every move (and mood), and adjusting itself to take care of you. A glimpse of that future was unveiled at technology trade show CES Asia in Shanghai in June, when a new product category – artificial intelligence (AI) – was introduced.

John T. Kelley, senior director, international programs and show director, CES Asia, describes artificial intelligence (AI) as “one of those exciting technologies that will become ubiquitous in the next decade as it becomes more deeply embedded in the products that we use day in and day out to make our lives better”.

AI is already being incorporated in everyday consumer technology products that provide practical benefits, including cars, smart homes, robotics, health and wellness devices and home security, he adds – and in many categories, China is leading the way.

Your fridge might already be smart enough to stocktake its own contents, or alert you to impending use-by dates on produce. In the kitchen of the near future, as envisaged by Chinese company Haier (which also owns US brand GE Appliances and New Zealand’s Fisher & Paykel) it will also become the “brain” of the home, connecting to companion appliances via Haier’s U+ smart home platform. 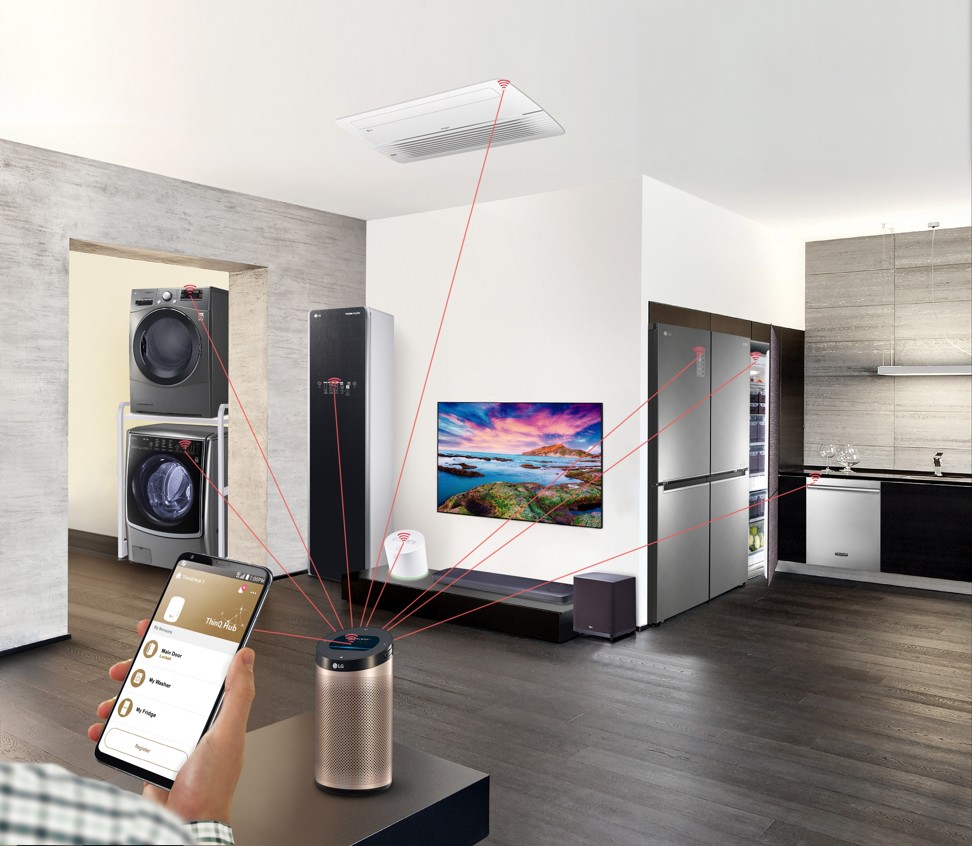 Haier bought GE Appliances for US$5.6 billion. Now it’s working on fixing it

When a householder selects a recipe through the fridge’s internet-connected touch screen, the cooking instructions are automatically sent to the oven, and the recipe can be viewed on a screen on the range hood.

From the line-up of robotic innovation at CES Asia, it seems clear manufacturers expect robots to be routinely joining the household in the next few years.

Haier has one, called Pepper, the product of a partnership between Haier and Soft Bank Robotics Group.

As the first humanoid robot to be integrated into Haier smart home platform, Pepper can act as a mechanical butler, coordinating all Haier smart appliances in the home, and optimising them based on the occupants’ preferences. Wang Ye, vice-president of Haier Home Appliance Industry Group and general manager of Advanced Innovation Center, sees the service robot as “a natural extension and an effective complement to Haier’s smart home strategy”.

Singapore company GT Robot Technology showed the capabilities of its GT Wonder Boy, which go beyond the usual domestic duties to “grow and evolve” with users, picking up on family members’ habits and even reading their emotions.

So it’s a machine that can offer humans encouragement during low times, and share their joy in happy times. “This type of ability is only possible with the inbuilt AI allowing both user and GT Wonder Boy to foster a compassionate, [human-ish] relationship beyond binary codes,” the company says. 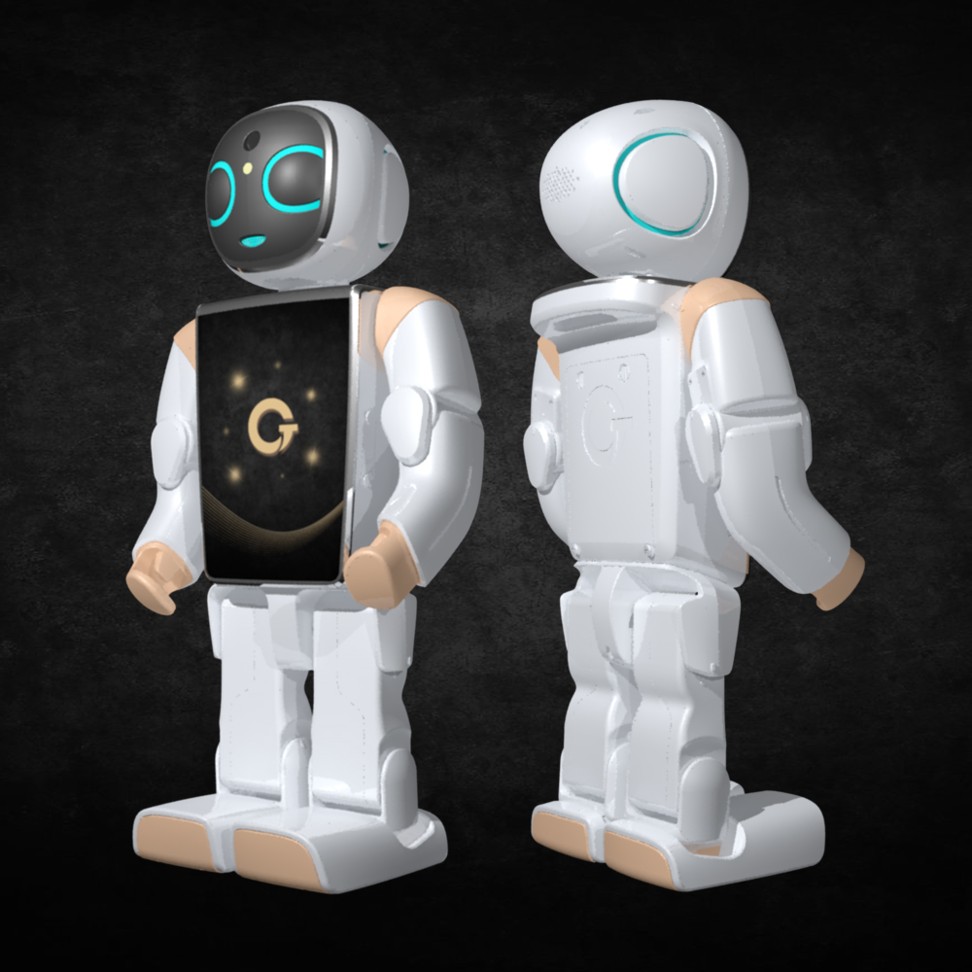 A robotic nanny is also on the cards. Nanjing-based Avatarmind showed how its iPal can give companionship to lonely children, and peace of mind to parents who can see and talk to their young ones remotely via mobile app.

Robo-pets offer companionship without the responsibility of actual pet ownership and with each incarnation, Sony’s puppy-shaped aibo becomes ever more adorable. The latest version has sensors on its head, chin and back that respond to touch (in addition to voice), and a camera that helps it to fetch a bone – so you can pet and play with it, just like the real thing.

Chinese tech giants Alibaba, Baidu and JD.com showcased their versions of smart home tech coming soon to a residence near you.

Miffy Chen, head of Alibaba AI Labs, who introduced the company’s intelligent personal assistant, Tmall Genie AI Union, projects 30 years into the future – to a time when, potentially, robots may rule the world, and people could live forever.

In terms of autonomous smart home functionality, Chen says, the manufacturing industry is not yet equipped with the AI capability to achieve the convenience consumers require (so many apps, so little time). But she sees it’s possible in a future revolutionised by the internet of things (IoT), AI and user-interface (UI) working together. 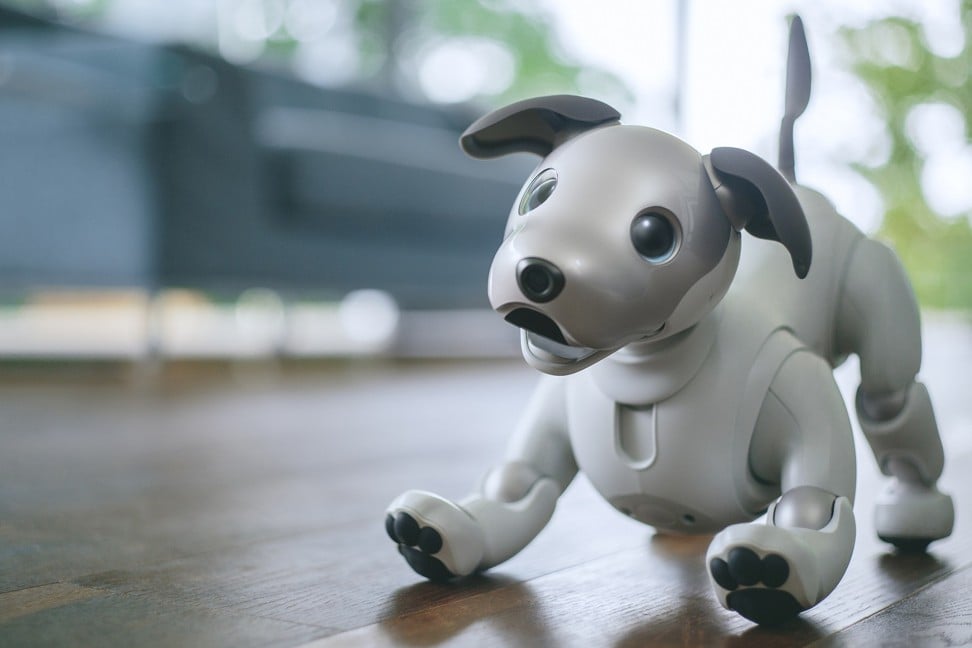 Why smart homes are no longer science fiction

“We believe coordinated design will totally change everything,” she says. This is why Alibaba (parent company of the South China Morning Post) developed Tmall Genie, a product that integrates AI, UI and connectivity, powered by a brain that has multimode recognition, understanding both language and image. With Smart Home 2.0, Chen says, “we want to empower the industry with brand new lifestyle services”.

Meanwhile, LG Electronics’ AI home of the future is moving ever closer. Slated to open in early 2021, the Byeollae I’PARK Suite apartment complex in Seoul will be furnished with LG’s top-of-the-line smart home appliances including air conditioners, refrigerators, washing machines, dryers, dishwashers and LG Styler garment care systems. Homeowners will have the option to install additional smart devices such as air purifiers, robot vacuum cleaners and LG ThinQ Hub speakers, to which all the appliances can be connected and controlled by voice commands.

The system designed for I’PARK Suite – a complex comprised of five 40-story buildings – will be compatible with smart devices from other manufacturers. A smartphone app will allow for the remote operation of non-LG devices as well as calling the elevator, checking electricity consumption, requesting home delivery, checking parking location and communicating with visitors at the door.

“This is a groundbreaking project for LG built on years of experience as a smart appliance leader in Korea,” says Choi Sang-gyu, president of LG’s Korean sales and marketing operation. “This isn’t a demonstration but a real life example of what the home of the future will look like on a massive scale.”

Artificial intelligence can entrench disparities—here’s what we must do – The...